A German Museum has restored and put on display this extremely rare fibreglass dress which was worn by a Spanish Princess in Chicago over a century ago and had been badly damaged during a World War II air raid.

The fibreglass dress was worn at the World’s Columbian Exposition in Chicago by the Spanish Princess Infanta Eulalia in 1893 and went on exhibition in the German Museum of Masterpieces of Science and Technology, in the southern Bavarian capital Munich, on 23rd March.

The World’s Columbian Exposition, also known as the Chicago World’s Fair was held in Chicago in 1893 to celebrate the 400th anniversary of Christopher Columbus’ arrival in the New World in 1492. The dress was the centrepiece of an exhibition by the Libbey Glass Company that was originally made for the American stage actress Georgia Cayvan.

When the princess saw it, she knew that she wanted it and the publicity meant that fibreglass was for a short while held as the next magic material for clothing. The princess was so delighted with the dress that she even allowed Libby to use the Spanish coat of arms on their adverts from that point onwards to give it the Royal seal of approval.

The fragile and rare item became a part of the German museum’s collection in 1924 through Princess Eulalia’s sister, who was reportedly the wife of the Bavarian Prince Ludwig Ferdinand and who donated it to their collection. Charlotte Holzer, who restored the dress from 2015 to 2020 as a part of her PhD project, gave more details about the dress and the restoration process.

In a statement obtained by Newsflash, she explained how the production of the dress included several very complicated practices: “For the production, glass was heated over an extremely hot flame and pressed into a fine thread using a special wheel.” Holzer, who used high-quality brushes and special vacuum cleaners in order to restore the dress, told local media outlet TAG24: “The glass fibres are very delicate. If you sit down, they break. They are also very sensitive to moisture.”

She added that the dress would have been extremely uncomfortable to wear as the fibres could easily shatter, meaning sitting down was simply not an option whilst moving around. She said due to its poor condition the dress was probably never exhibited in the museum.

She told Newsflash: “The dress was badly stained, the silk lining was partially decomposed and there were numerous shreds and holes in the fabric.” She linked the poor condition of the dress to World War II when it was damaged during an air raid. According to her research, the fibreglass gown was made by Libbey, Inc. formerly known as The Libbey Glass Company from the US state of Ohio, which gifted the dress to the Spanish Princess.

The dress can be seen in a small special exhibition under the title “ Dress code Fiberglass” in the History Department at the German Museum. 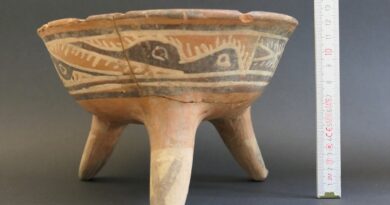 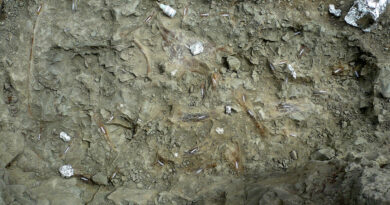 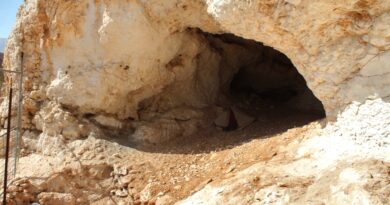