This slick propaganda video shows a Russian multiple rocket launcher daubed with a ‘Z’ firing a volley of rockets into the sky in a display of military might.

Newsflash obtained the footage from the Ministry of Defence (MoD) of the Russian Federation yesterday (Monday, 9th May).

The Russian MoD titled the video (in Russian): “The work of the calculation of the MLRS Smerch”.

The Russian MoD did not say where the clip was filmed, and the footage does not show the rockets hitting their targets, which the MoD did not specify.

The BM-30 Smerch is a heavy multiple rocket launcher that was designed in the early 1980s and entered service in the Soviet Army in 1989. It has several current operators, including both Russia and Ukraine.

“According to the updated information, 6 Mi-8 and Mi-24 helicopters have been destroyed during the night near Artsiz in Odessa Region near the Chervonoglinskoe military airfield by Onyks high-precision missiles from the Bastion coastal missile system.

“Operational-tactical and army aviation of the Russian Aerospace Force have hit 2 strong points and 5 areas of concentration of AFU manpower and military equipment.

“The attacks have resulted in the elimination of more than 400 nationalists and up to 48 armoured and motor vehicles.

“During the day, Russian air defence means have shot down 1 MiG-29 aircraft of the Ukrainian Air Force over Severodonetsk city.

“In addition, 3 Ukrainian unmanned aerial vehicles have been over Novozvanovka, Khartsyzsk and Izyum.

“On 7 May, on direct orders from Zelensky, the Ukrainian General Staff, with the direct involvement of advisers from the USA and Britain, planned a major provocation to seize Zmeiny Island.

“Over the past two days, the Kiev regime has made several desperate attempts to land air and sea assaults on Zmeiny Island, which is important for controlling the northwestern part of the Black Sea.

“The Ukrainian provocation was thwarted as a result of the competent actions of a Russian Armed Forces unit on the island. The enemy suffered heavy losses.

“4 Ukrainian airplanes, including 3 Su-24 and 1 Su-27, 3 Mi-8 helicopters with paratroopers on board, and 1 Mi-24 helicopter have been shot down in the air while repelling the attacks near Zmeiny Island.

“Also, 3 armoured Ukrainian amphibious assault boats carrying Ukrainian naval personnel were destroyed during an attempted landing on the night of May 8.

“As a result of Zelensky’s thoughtless provocation, more than 50 Ukrainian saboteurs have been killed at sea and on the coast during the landing and attempts to consolidate on the island.

“24 bodies of dead Ukrainian servicemen were left on the shore of Zmeiny Island.” 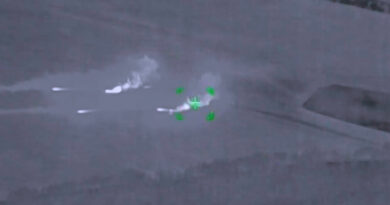 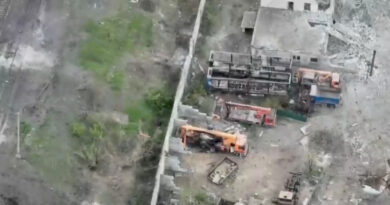 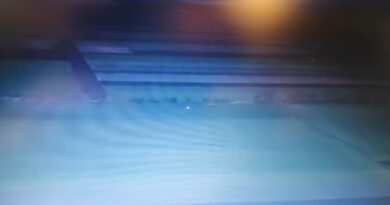