These heartbreaking images show a child’s corpse being removed from the rubble of a building as a woman’s sobs can be heard in the background.

Other distressing images also show bodies lying on the ground, next to a destroyed car and in front of bombed-out buildings, with the surroundings nothing more than a pile of rubble.

Close-up images of the corpses, which have been wrapped in blankets, also show the face of one of the children.

They reportedly belonged to a family of five – two parents and three children. The sobbing woman in the background has not been identified.

The footage was obtained by Newsflash, minutes before the time of writing, from the State Emergency Service (SES) of Ukraine, which said in a statement: “During the dismantling of structures, rescuers retrieved a family of five people, including three children”.

The SES said that the corpses belonged to two three-year-old twins – a boy and a girl. The third body reportedly belonged to a 12-year-old girl.

The SES added: “They all died as a result of an air strike on the dormitory.”

The footage was filmed in the city of Chernihiv, which is located in Chernihiv Oblast, in northern Ukraine.

The parents and their three children have not been named. It is currently unclear if they have been identified.

The five were killed after the city was shelled by invading Russian forces.

The United Nations’ International Court of Justice has ordered Russia to immediately suspend its military operations in Ukraine.

Today marks the 22nd day of Putin’s invasion of his neighbour. 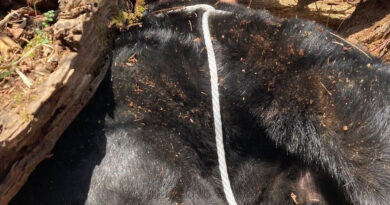 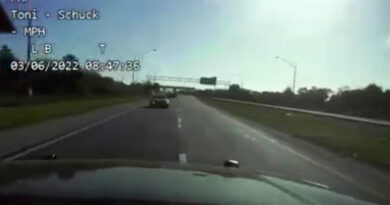 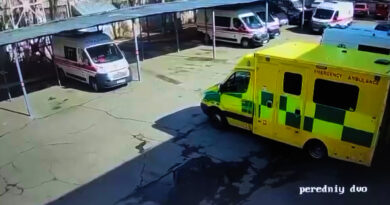 KIDS TARGETED: One Child Dead And 66 Injured In Shelling That Hit Kids Hospital In Besieged Mykolaiv