A team of researchers has discovered a new ferocious-looking carnivorous fish species from the Triassic period that had teeth were stretching forward in order to capture and kill their prey.

The team led by Xu Guanghui at the Institute of Vertebrate Palaeontology and Paleoanthropology of the Chinese Academy of Sciences discovered a carnivorous species of fish from the early Middle Triassic period in the city of Panzhou in the south-western Chinese province of Guizhou.

The species, named Feroxichthys panzhouensis, is a hump-backed colobodontid belonging to the Neopterygii subclass of ray-finned fish (Actinopterygii), which appeared sometime in the Late Permian period – before the time of the dinosaurs – and are still in existence today.

He revealed that skeleton of the new finned fish fossil which has been named the “Panzhou storm fish” represents the oldest fossil of the wartodon family so far.

Wartodons are the largest carnivorous basic neofin fish in the Triassic. In the past, wartodons were mainly found in the marine environment of the Middle and Late Triassic in Europe.

Xu Guanghui said that “Panzhou storm fish” was the first discovery of the genus Panzhou in Guizhou and that it was 26 cm long and had a large, obese or even hump-backed body.

The head was densely covered with relatively large humps with large teeth that stretch forward giving it a ferocious appearance.

The scientist said that the discovery of “Panzhou storm fish” was proof of the fact that there was already a complicated ecosystem with predators and prey in the South China Sea some 244 million years ago in the early Middle Triassic. 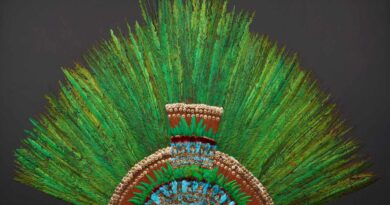 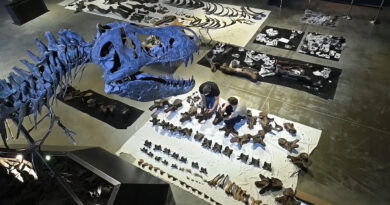