A Brazilian dad was stunned to discover a wild ocelot lying on his son’s bed after leaving the window open.

The terrified 53-year-old dad – not named in local media – at first thought he had found a jaguar cub sprawled out on the mattress.

Pictures of the big cat show the ocelot apparently completely at home as it snuggles up next to a duvet and a pillow at the home in Nioaque in the Brazilian state of Mato Grosso do Sul on 18th July.

The environmental police said the ocelot (Leopardus pardalis) had no injuries.

The dad called the authorities after arriving home and finding the wild cat on his son’s bed after leaving the window open.

He told officials he thought the fluffy beast was a “jaguar cub”.

After arriving at the home, environmental officers identified the animal as a female adult ocelot.

As the wild cat was in an enclosed space, officers decided to place a containment cage at the door entrance and lure her inside.

Once the ocelot was safely inside the cage, they closed the trap door and checked it for possible injuries.

After establishing it was in good condition, the environmental cops then returned the medium-sized wild cat to its natural habitat. 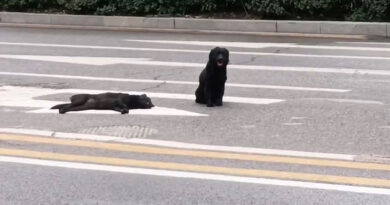 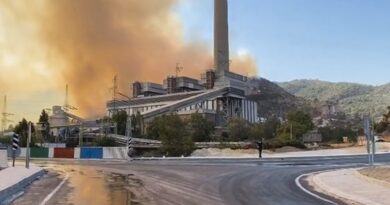 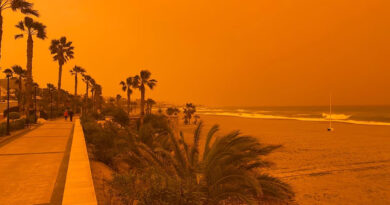