A police officer gunned down a woman driver in a hail of bullets after she bumped a police car at a set of traffic lights.

The 54-year-old woman had taken off after the collision and led police on a dramatic chase through Stockton, in San Joaquin County, in the US state of California, on 22nd February.

But she died when she was trapped down a dead-end backroad and an officer pumped 32 bullets into her vehicle.

Shocking police body-cam footage of the shooting shows the reverse lights coming on in her car as she drives backwards into the police car.

An officer can be heard radioing that he is being rammed before leaping out of the vehicle and opening fire.

After emptying an entire clip into the suspect’s car, he calmly reloads and opens fire again.

The Stockton Police Department shared the video on 7th April with the message: “CRITICAL INCIDENT VIDEO RELEASE: The following critical incident video release is regarding an officer-involved shooting that occurred in the 2600 block of Rolerson Road on February 22, 2022. VIEWER DISCRETION IS ADVISED.”

The police said the driver – identified as Tracy Gaeta, from Sacramento – hit a patrol car at a traffic light before fleeing the scene and sparking a car chase until reaching a dead end at Rolerson Road.

They named the officer involved in the shooting as Kyle Ribera.

Police provided first aid to the wounded woman at the scene before taking her to a nearby hospital, where she died from multiple bullet wounds.

The San Joaquin County District Attorney’s Office is investigating the officer-involved shooting. The police are also carrying out their own investigation.

As of yesterday (Thursday, 7th April), 255 people had been shot and killed by police in the United States so far this year. The total figure for last year was 1,054.

In the 12 months leading up to 7th April, 1,024 people were shot and killed by the police in the USA.

The vast majority – over 95 per cent – of those shot and killed by police are male, and over half are aged between 20 and 40. 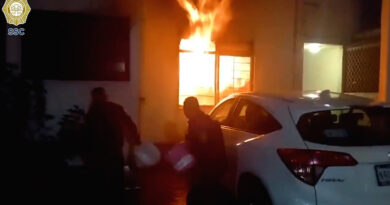 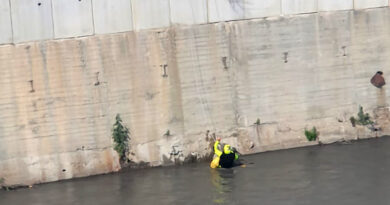