An animal lover has told how he saved dozens of dogs from being slaughtered for food in Vietnam by buying them for USD 1,000.

Do Minh Khoi, 46, rescued 31 dogs from a slaughterhouse in Nha Trang, the capital of Khanh Hoa Province in south-central Vietnam, last Wednesday, on 27th July, while they were waiting to be killed.

Images from the rescue show cages of dogs – believed to have once been pets – whimpering as they wait to be slaughtered for the kitchen.

He told Newsflash in an exclusive interview that he wants to “spread the call not to eat dog meat”.

He said: “Let’s love dogs, because they are our friends.”

Do explained how he posted the rescue on Facebook, hoping the dogs’ original owners might spot them.

He said: “After rescuing 31 dogs, I post it on my personal Facebook in the hope that the owners of those dogs will take them home.

“Dogs that do not have owners to come to take them, I will find new owners for them.

“All those who love dogs, take good care of dogs, I will let them adopt the dogs.”

He added: “Currently, some dog owners have come to receive them and some dog lovers have applied for adoption.”

But he plans to keep one pooch, who can be seen in the video cuddling up to Do’s son’s hand through the cage bars.

“She touched my son’s hand as if she wanted to tell us something. And my father and I took this dog out to find out that it was pregnant.”

Speaking about the footage, he said: “This is a clip I filmed and no one has ever seen. I give you this clip so you can see how special this dog is. She wants us to save her baby.”

Do went on: “I decided to keep the pregnant dog, if anyone else doesn’t come to pick it up.”

The animal rescuer said that he did not know how the dogs had ended up in the slaughterhouse.

Do added: “There are evil people in Vietnam who steal dogs and sell them to slaughterhouses. This is an act that should be condemned.

“A lot of dog injuries on the dogs I think were caused by the people who stole them in the first place.

“I think these dogs previously had owners, because most of them were nice and clean.

“No signs as if they were strays. I believe they were stolen by people so they could be sold.”

Dog meat – known as ‘thit cho’ in Vietnamese – is traditionally eaten in Vietnam, as well as in South Korea and China. 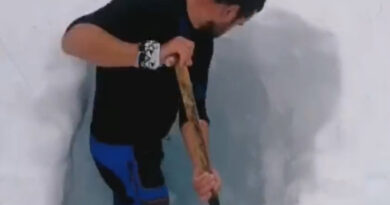 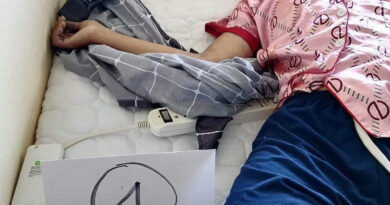 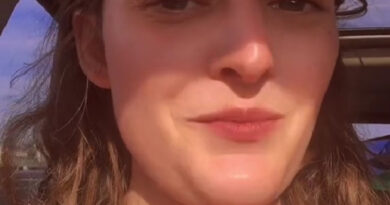