This footage shows a huge explosion as Russian forces reportedly bomb a shopping centre in the Ukrainian capital Kyiv with firefighters and rescue crews then cutting through rubble with angle grinders to save trapped people.

Newsflash obtained the footage from the State Emergency Service (SES) of Ukraine, which said that the images showed the moment the Russians bombed the shopping centre at approximately 10.50pm on Sunday, 20th March.

The footage also shows firefighters rescuing a person who appears to be alive despite being trapped under concrete rubble.

Other images show firefighters carrying a man on a stretcher.

The emergency services said that “rescuers who arrived on the scene” established that the damage was the “result of enemy shelling”, which also destroyed “cars in the car park and three to four floors of the shopping centre”.

The graphic images show firefighters cutting through the rubble with angle grinders in a bid to rescue a man whose hand can be seen protruding from the destroyed building.

They also said that they are currently assessing the damage and determining how many victims were caught up in the attack.

The United Nations’ International Court of Justice ordered Russia to immediately cease its invasion and withdraw its forces five days ago, which was the first time the ‘world court’ has made such an edict.

It ruled that Russia “shall immediately suspend the military operations that it commenced on 24th February” by a vote of 13 to two, with Vice President Kirill Gevorgian of Russia and Judge Xue Hanqin of China dissenting.

The decision followed a suit filed by Ukraine on 27th February that claimed Russia was manipulating the concept of genocide to justify its invasion. 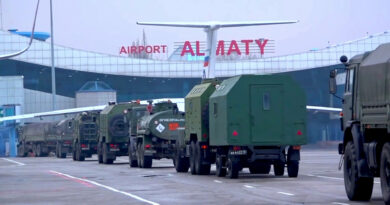 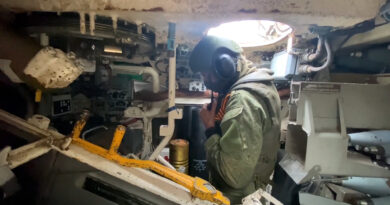 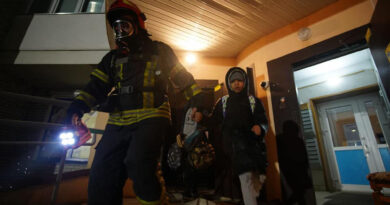