The wife of Russian spy Kim Philby has died after living 33 years alone following his death in 1988.

Philby, who was a KGB double agent and one of the Cambridge Five, was introduced to Rufina Pukhova through George Blake, who was also a Russian double agent, and the couple married in 1971.

Her recent death after a long illness comes only a few months after Blake himself died in December last year aged 98 in Moscow, prompting tributes from many including Russian President Vladimir Putin who was also a former KGB agent.

Philby escaped to the Soviet Union in 1963 where he continued to assist Soviet officials as a consultant and analyst on how Western intelligence functions, and where he married Rufina.

She was to later write “The Private Life of Kim Philby: the Moscow Years” and never remarried up until she died this month aged 88.

She had survived World War II and the Cold War and she met Philby after he had defected to the Soviet Union, becoming his fourth and final wife.

She was also credited with bringing him away from heavy drinking and helping him tackle depression in order to save their marriage, and they lived in a sixth floor apartment in Moscow that had a hidden entrance in order to keep them safe from media attention.

A former KGB officer, Leonid Kolosov, said that Philby had shot himself in May 1988 although his wife and the official version claimed he died of heart failure.

Many also pointed out that in an interview with the journalist Vadim Kassis shortly before he died he was asked if he saw himself like James Bond and if he also used a gun, and he replied: “A true secret agent only shoots once in his life – when he has no other way out.”

After his death she got by on a pension of just GBP 60 a month, forcing her to sell some of her mementoes of her late husband in order to pay her bills.

Eva Merkacheva, a member of the Human Rights Council, told TASS that the woman, who was 38 when she married Philby who was 20 years older had died following a long illness.

She said: “She survived her husband for 33 years. The exact cause of death is not yet known, but it is most likely due to her illness.”

Her exact date of death was Monday 17th May and she will be buried at the Troyekurov cemetery although the exact date has not been revealed. 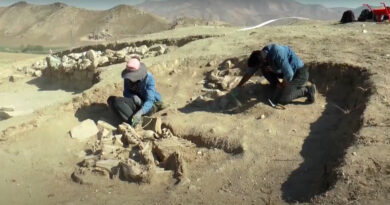 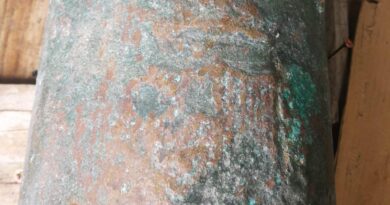 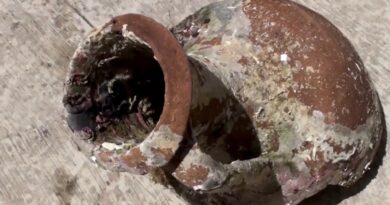 Amphorae From 3rd And 4th Centuries BC Recovered From Sicilian Seabed