These images show a large male bear that was found in a backyard in Colorado as it was released back into the wild when officials captured it with a tranq dart.

The incident took place in Highlands Ranch, the community in Douglas County, in the central US state of Colorado.

The images were shared on social media by the Colorado Parks and Wildlife North-East Region yesterday evening (Tuesday 7th September) where they said: “Wildlife officers this morning relocated the bear out of a highlands ranch neighbourhood where it was reported in the backyard behind Dad Clark Drive and University Blvd.”

The Colorado Parks and Wildlife shared a series of videos chronicling the incident. In one video, the bear appears motionless on the ground after apparently having been tranquilised.

The wildlife officials captioned the video: “The male bear is estimated to be around 12 years old and weighing over 150 pounds. Here, wildlife officers are about to prepare the tranquilized bear for transport out of the neighborhood.”

Another video shows the bear, which appears to be an American black bear (Ursus americanus) pacing back and forth inside a cage on a trailer.

The last piece of footage shows the wildlife officials slowly opening the cage after having driven far enough from human civilisation to release the bear. The bear can be seen contemplating its new surroundings for about a second before it races off at high speed into the wilderness.

Netizens were delighted with the footage, with one called ‘mtnpoet’ saying: “Wonderful. That bear sure looked ready to be free in his new habitat where hopefully he’ll remain and cease to bring trouble to people so he can have a good long life.”

There are about 12,000 American black bears in the state of Colorado. They tend to live between 20 and 25 years and will begin hibernating in early November. They emerge from their dens in May and begin their mating season in June.

An Orchestra Of Crickets Recycling A Dead Scorpion 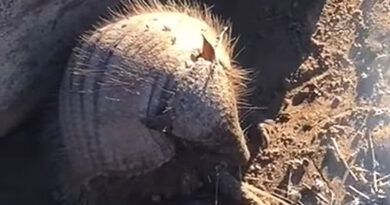 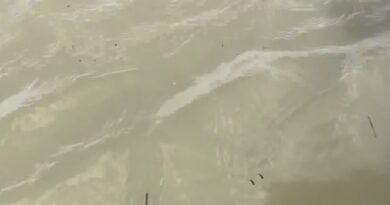