Stunning Playboy model Maria Liman – who found fame as a sexy spectator at the 2018 World Cup – has flaunted her pert derriere in a fetching blue dress while watching her beloved Chelsea destroy Juventus in the Champions League.

Ahead of the match, she also took to Instagram to share a photo of her blue outfit for her VIP box appearance.

The saucy brunette hitched up the back of the dress to show off her matching blue panties and pert derriere before setting off for Stamford Bridge.

While at the game, Liman posed for photos in the VIP box where she is seen flaunting the front and back of her jaw-dropping outfit, clearly chosen in support of The Blues.

Liman told Newsflash in an exclusive interview: “I usually go to matches in a funny costume to support Chelsea. In Russia, it is normal to wear crazy costumes and create a festive atmosphere.

“Yesterday, I was invited to the VIP box and there was a rather strict dress code. It was banned to wear team emblems and sportswear.”

“I was 100 percent confident Chelsea would win. I also wanted to see at least four goals because a game with goals is always more interesting.

“I am an actress so I am always interested in watching all the drama and how players deal with it. Juventus is a strong Italian team and I thought they would score at least one goal.

“There were also many Italian fans at the stadium who came to support their team, but yesterday, as I predicted, there were four goals.

“When Chelsea played Zenit from Russia, I also managed to guess the score correctly.

“There was a great atmosphere at Stamford Bridge. I love going to the stadium to feel the fans’ charged energy and a little of my own.

“I stood out in a blue dress and distracted some fans from the game. They wondered where such an energetic girl came from. When they found out I am Russian, they asked me if I came to support Roman Abramovich.

“Of course, I support Chelsea first because they are Abramovich’s team and he is from Russia.

When asked which Chelsea players she likes, Liman told Newsflash: “I love N’Golo Kante. He’s very fast. My dream is to take a photo with him. In general, the whole team is very cool at the moment. And with the arrival of Tomas Tuchel, the team has really blossomed. He’s very creative.

“I’ve read many articles on how they train with tennis balls and how passionately he trains the team. Also with Tuchel, Chelsea won the Champions League in Portugal. I am very glad that the team has such a strong manager.

“I have been living in England for two years. I study here, and I spent the entire lockdown in Cambridge. I have since returned to London where I am studying at the London Academy (of Music and Dramatic Art) to be an actress.

“After completing the course, I dream of being in a Marvel film and starring as a new hero in the Captain Russia (Red Guardian) comic. I know there isn’t a character like that now, but why not write one?

“I really enjoy studying in England. I love Shakespeare, ballet, historical fencing, boxing. All these skills are necessary for me to become an actress. It is also great to go to the theatre and see Hollywood stars on stage.”

During COVID-19 lockdown last year, Liman teased her fans by posting: “I am looking for an adorable sexual partner, who is not sick with the coronavirus, to spend the next three months in isolation and have some fun while in quarantine.”

Needless to say, many netizens expressed their desire to be cooped up with the model during lockdown, but it is unclear if she plucked a lucky feller from her long list of DMs. 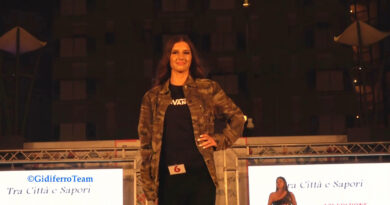 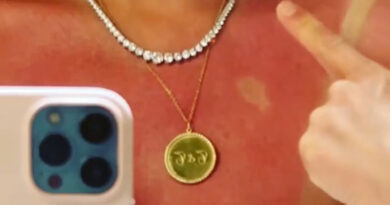 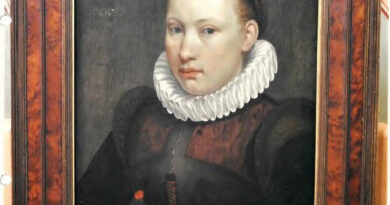 IN THE FRAME: Cops Hunt Beauty Who Stole Masterpiece From Gallery