This is the moment molten metal suddenly coils out of a machine at a Chinese steel plant and apparently whips a worker’s head.

The incident was filmed at a plant belonging to the Ma’anshan Iron & Steel Group in the city of Ma’anshan in the Chinese province of Anhui on 2nd September.

In the footage, a long coil of molten metal is seen stretching across the plant and apparently hitting a worker’s head. The man falls to the ground and crawls away.

After the incident, the company said the worker’s clothes were burned but he was otherwise okay, adding that a full investigation into the incident is underway.

A similar incident took place at a steel plant in the city of Changzhou in the eastern Chinese province of Jiangsu on 9th May.

According to the news site Baidu, molten steel spewed out of the machine, knocking a worker to the ground, before briefly coiling around him.

The worker reportedly needed over 50 stitches on his body and over 20 on his face after the incident.

It is believed the accident was caused by a machine malfunction.

In the CCTV footage, the worker is seen standing on the machine as his colleague looks on.

A sudden flash makes the worker recoil before molten metal starts spewing out of the machine, knocking him to the floor.

The coiling molten steel then ‘whips’ the man and momentarily wraps itself around him as he struggles to crawl away.

Meanwhile, his quick-thinking colleague apparently stops the machine, allowing his pal to scramble to safety.

The colleague gives his injured pal a friendly pat on his behind to apparently let him know he is now safe. 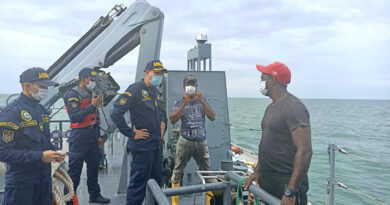 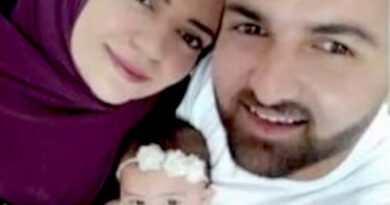 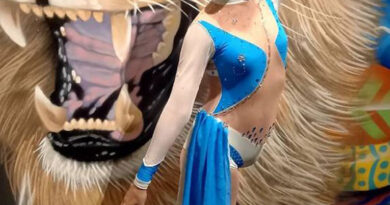