The would-be assassin whose gun jammed when he went to shoot Argentina’s vice president is a 35-year-old Brazilian man with a Nazi tattoo.

Cristina Fernandez de Kirchner was greeting supporters outside her home in Buenos Aires on the night of 1st September when a man in the crowd pointed a handgun in her face.

The weapon was loaded with five bullets, according to reports, but failed to discharge when the trigger was pulled, sparing the 69-year-old vice president’s life.

And now her would-be killer, who has been taken into custody, has been named as 35-year-old Brazilian man Fernando Andre Sabag Montiel.

He goes by the name Fernando Salim Cristiano on social media, where he has more than 800 followers and presents himself as a churchgoing Christian.

On his social media page, he has selfies with celebrities such as trans media personality Zulma Lobato and influencer La Chabona.

He has also appeared on Argentine TV, including a recent appearance on the channel Cronica, in which he criticised the Argentine government and Economy Minister Sergio Massa.

Sabag Montiel had entered Argentina from Uruguay in 2018 and was apparently living in Buenos Aires at the time of the attempted killing.

Photos have emerged of him sporting a large black-sun tattoo on his elbow. The black sun, or sun wheel, is a symbol originally used by Nazi Germany and later by neo-Nazis and is associated with Nazi occultism.

It appears on a floor mosaic in Germany’s Wewelsburg Castle, which was used by the SS under Heinrich Himmler.

Argentine President Alberto Fernandez called the attempt on Fernandez de Kirchner one of the “most serious” incidents since the country’s return to democracy in 1983.

Fernandez de Kirchner is currently on trial for corruption. She is accused of fraudulently awarding public works contracts to a family friend.

She reportedly faces 12 years in jail and a life-long ban from holding public office. 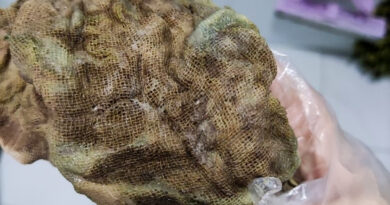 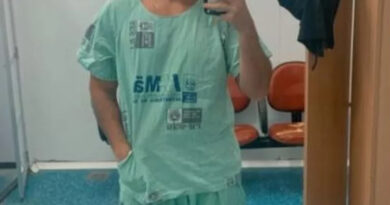 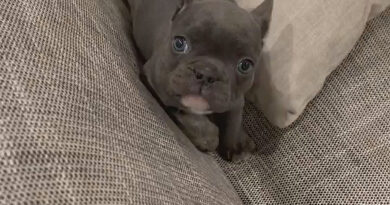