A Chinese man has discovered thousands of fossils that are millions of years old – in paving stones at his local park.

The amazed man then filmed the white curly shapes in the paving slabs on the riverside path where experts confirmed that they were fossils dating back 400 million years.

Chen Junde, age not reported, made the discovery while walking on a pedestrian path next to Xiangjiang River in the city of Zunyi in the Chinese province of Guizhou, when he noticed the dark paving slabs featured white circular objects he had seen before.

In April this year, Chen read in the news about a sink counter in a toilet at Guiyang Longdongbao International Airport in the city of Guiyang that was covered in 439-million-year-old fossils.

The fossils were spotted after a travelling geologist went in to use the facilities and spotted the ancient remains.

A newspaper reporter and a local expert visited the area described by Chen and found that the paths on both sides of the river were paved with the fossils, covering an area of nearly 1,000 metres.

The fossils were identified as brachiopods dating back around 400 million years.

Chen said he hopes the local authorities highlight the significance of the decorative paving slabs so residents can appreciate their cultural significance.

The previous find that tipped him off involved a stone slab that had been made into a sink counter in a toilet at Guiyang Longdongbao International Airport that was found to be covered in 439-million-year-old fossils by a travelling geologist.

Chen Shangbin, director of the Geology Department of the China University of Mining and Technology, was on a business trip when he paid a visit to the airport men’s room.

He noticed the patterns on the sink counter resembled fossils and took a photo of it, which he posted on social media.

The photo piqued the curiosity of palaeontologist Dr Qian Maiping who consulted with academics at the Chinese Academy of Sciences and Professor Shen Shuzhong of the School of Earth Sciences and Engineering of Nanjing University.

They identified the patterns in the sink counter as Paraconchidium shiqianensis, a type of Brachiopod dating back 439 million years.

Professor Shuzhong said in an educational TV programme on channel CCTV: “These shells contain many secrets of the Earth’s past, such as what the environment was like then and what temperatures the seawater was measured at.”

The airport authorities confirmed they were aware the patterns were fossils and that they purchased them as such. 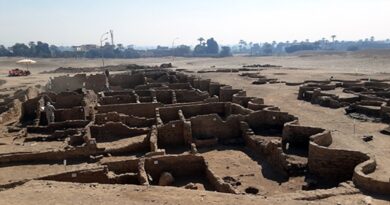 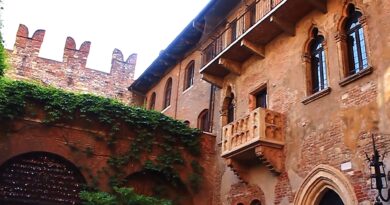 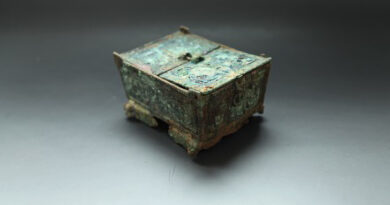 Chinese Noblewoman Buried with Wine for the Afterlife