A seven-year-old boy is in serious condition after a mass poisoning at a hotel pool in Majorca said to have been caused by a huge chlorine leak.

At least 23 holidaymakers have reportedly been treated at hospital and by paramedics following the incident at the Sea Club hotel in Alcudia, on the northeast of the Spanish island.

The drama began just after noon on Monday, 4th July, when Civil Guard police were told hotel guests were showing symptoms of poisoning.

Ambulances were dispatched and it was quickly established that there were massive amounts of chlorine in the hotel swimming pool.

Victims’ symptoms included agonising stinging to their throats and eyes.

Chlorine poisoning can also cause vomiting and breathing problems.

Four people – who have not been named – are also said to have been taken to hospital for treatment as well as the unnamed seven-year-old boy.

The authorities are currently investigating the incident.

Spanish media reports that it is currently believed that there was a fault in the swimming pool’s automatic chlorine dosing system.

The Spanish Health Ministry warned: “An excessive level of chlorine or its derivatives can cause eye irritation, and even respiratory problems, especially in children and in closed environments such as heated pools and spas.”

CHPD Officer’s Find And Chase Down A Stolen Vehicle. The Offenders Were Detained 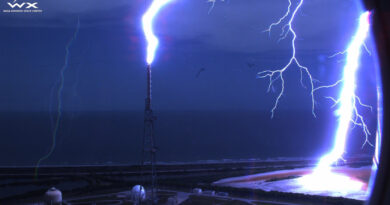