A turtle rescued from a fishing net has defecated over 10 different types of plastic.

The juvenile green sea turtle was taken to the rescue and rehabilitation centre of the Mundo Marino Foundation in the coastal town of San Clemente del Tuyu in the Argentinian province of Buenos Aires on Monday, 13th December.

The specimen, which is 35 centimetres (14 inches) long, had been rescued by a fisherman after it became entangled in his fishing net.

Despite appearing in good health when it arrived at the centre, it immediately began to defecate an alarming amount of manmade waste, among which over 10 different types of plastic could be found.

A photograph shows fragments of plastic lids, hosepipe, nets, polystyrene, sachets, nylon, plastic seals, cellophane and other unidentified plastics, all of which were found among the turtle’s excrement.

As of Saturday, 18th December, the turtle had defecated 18 grammes (0.6 oz) of plastic and still had foreign objects in its body.

Vet Mauro Pergazere was quoted as saying in a Mundo Marino Foundation press statement on Friday: “We observed that it still had foreign bodies both in its stomach and in the final part of its digestive tract, so it will probably continue expelling garbage in the coming days.”

In addition to the x-rays, the turtle was also given blood tests, which revealed that it was dehydrated and had a high white-blood-cell count.

Pergazere was quoted as saying: “The latter may be its immune system’s reaction to the large number of foreign bodies it had and still has inside.

“It will continue under observation, because given the sharpness of the objects it expelled, we cannot rule out that they may have generated internal injuries.

“For now, the animal is showing a good attitude and will be closely watched. We hope in the next few weeks that it will be able to be discharged and returned to the sea.”

The Mundo Marino Foundation, based in San Clemente del Tuyu, has been looking after sick, oil-coated or stranded birds and marine animals since 1987.

The green sea turtle (Chelonia mydas) has a range that extends throughout tropical and subtropical seas around the world.

The species is on the International Union for Conservation of Nature’s Red List of Endangered Species as ‘endangered’. 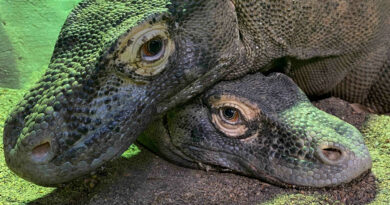 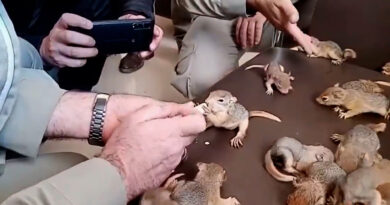 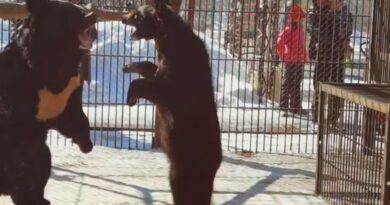