A man was gunned down by police as he tried to batter his way into a restaurant with a piece of rock.

The suspect was being tracked by officers after a series of 911 complaints about smashed windows.

They cornered him at a mall in Phoenix, Arizona, USA, but he refused to drop a fist-sized rock he had been using to smash up businesses on 9th May 2022.

Bodycam footage of the attack shows the suspect ignoring police calls for him to drop the rock and surrender.

As he tries to smash his way into the diner, police again challenge him and fire three shots at him.

Video footage shows the suspect falling in through the restaurant’s glass door and shouting in agony.

Phoenix Police Department said he was taken to hospital for treatment of his injuries.

Missing Dogs Found At Bottom Of Well After Disappearing Month Ago 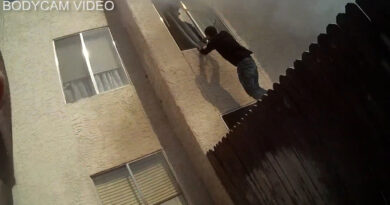 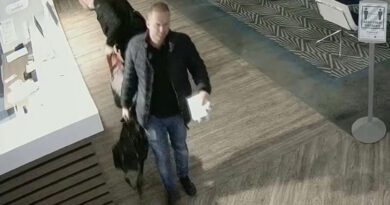