This is the moment Chinese firefighters cut through a metal fence and stretcher away a student after he reportedly pierced his buttocks on the spikes.

The incident was filmed outside a college in the sub-district of Meibu in the city of Linyi in the Chinese province of Shandong on 4th September.

The student, name not reported, injured himself when climbing the metal fence to play truant.

After piercing his buttocks on the fence spikes, firefighters were called to the scene and used a cutter to remove a section of the fence.

After around 15 minutes, the boy was taken to a nearby medical centre with part of the fence still protruding from his injured buttocks for it to be safely removed and the injury cleaned and treated.

According to local media, a firefighter had to assist the doctor in the operating theatre as the section of fence was very long and needed cutting down as the procedure went on.

The metal spikes were safely removed from the student’s buttocks and he is currently recovering from the ordeal.

The footage shows a firefighter using a cutter to saw through the metal fence as the student stands on a block of wood to keep the weight off his injured area.

The boy is then seen being placed onto a stretcher with a large section of the fence still attached. 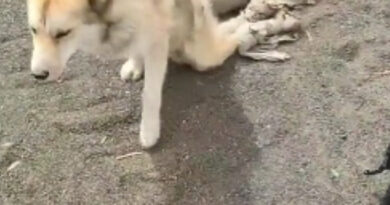 Cyclist On One Year, 6K Mile Trip Picks Up Disabled Dog And They Become Best Friends As He Now Buys It Wheelchair 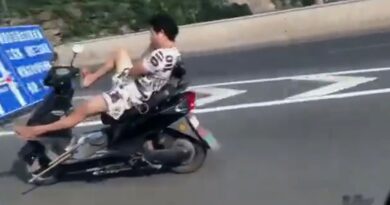 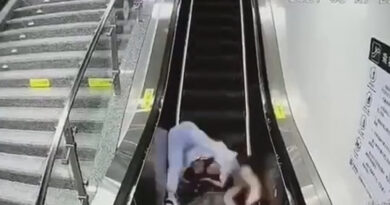