A Texas mother allegedly took her dead newborn “all over town” to “see the dolphins and pelicans” before passing out as the police continue to search for the child’s body, which is now reportedly missing.

The baby’s parents, who have been named as Zachary De La Rosa and Susanne Pierce, have been arrested.

The mother allegedly told the police that she took the dead newborn “all over town” to visit the cemetery and Old Causeway and to “see the dolphins and pelicans”.

An unnamed individual reportedly visited Cameron County Constable Precinct 1 in the US state of Texas on 16th March and informed officers that they were concerned about the welfare of a baby born to a couple in Long Island Village.

The police looked into the matter and interviewed another friend of the couple. The woman said she did not know Pierce was pregnant and that the father had called her on 8th March in a “panic”.

De La Rosa told the woman that Pierce was about to give birth and then the call ended abruptly. He called the woman later that day and told her Pierce had given birth to a son, according to reports.

The woman bought baby clothes and went to their home in Long Island Village where she said she saw the newborn alive and being fed by his mother. Pierce said the boy was called Michael.

The following day, the woman asked the father about Michael and he was allegedly evasive but eventually sent a picture of the newborn.

Hours later, he allegedly sent the woman a Facebook message telling her that the baby had died.

According to the police affidavit, officers went to the couple’s house to ask about Michael, but were told that they did not know anyone by that name.

Officers saw De La Rosa later that day and showed him the photo the woman had received and he reportedly admitted that the child was born, but that his name was ‘Malaki’.

According to reports, he told the police that the baby had suddenly stopped breathing last week, adding that he had performed CPR on the boy for two hours and passed out.

When he woke up, he claimed that Pierce and the dead baby were gone.

The police tracked down Pierce and she was no longer with the newborn, telling officers that she got stuck in the mud and passed out. When she woke up, she claimed the baby was not with her either.

The couple were arrested and are currently charged with one count of injury to a child. The mother faces an additional charge of abusing a corpse after allegedly telling the police that she took the dead newborn “all over town” to visit the cemetery and Old Causeway and “see the dolphins and pelicans”.

The police are reportedly using drones to search for the baby’s remains in the area, but there are fears that coyotes may have got to it first.

Police spokesperson Norman Esquivel Jr said: “We are going to put up a drone in the air to see if maybe we can get some aerial footage of the area where we last know of where the child may be.”

The couple is being held at Cameron County Jail as the investigation continues. 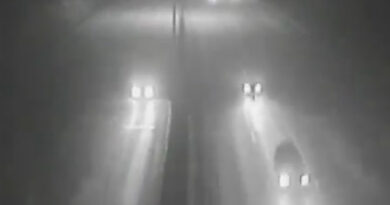 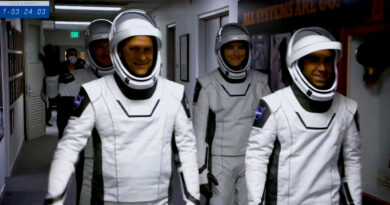