This footage shows Ukrainian missiles repeatedly pummelling a Russian tank with a ‘Z’ symbol before blowing it to bits as at least one soldier flees for his life.

The General Staff of the Armed Forces of Ukraine shared the footage on social media on 16th March with the message: “Another destroyed Russian tank by our virtuosos from the Azov Regiment, the National Guard of Ukraine.”

The same clip was posted by the National Guard of Ukraine, which said the tank was destroyed by the “defenders” of the city of Mariupol in south-eastern Ukraine.

The National Guard said: “Soldiers of a special detachment of the National Guard of Ukraine continue to defend Mariupol from attempts by Russian troops to break through and capture the city.

“Unsuccessful in battle, the Russians use massive artillery strikes, aerial bombardment and rocket fire. However, Ukrainian defenders destroyed the enemy and their equipment with accurate strikes.

“It is a pity that hundreds of civilians are being killed by the occupying forces during the bombing. However, do not feel sorry for the occupiers, whom the Mariupol defenders will destroy to the last, just like this tank!”

The footage shows the tank stopping and then reversing following a strike, and a solider is seen opening a hatch, from which smoke is seen emanating.

Following another, massive strike, a soldier is seen clambering out of the vehicle and running away as another strike apparently targets him.

The footage ends with the soldier shuffling away on the grassy roadside face-down as the tank smoulders following the strike.

The Russian Armed Forces have been daubing their military vehicles with the ‘Z’ symbol during their invasion of Ukraine to distinguish themselves from their adversaries.

The symbol has gained traction within Russia as a symbol of support for the invasion.

The Azov Regiment is a branch of the National Guard of Ukraine. It has been described as right-wing extremist and neo-Nazi.

The United Nations’ (UN) International Court of Justice (ICJ) in The Hague issued a ruling at 4pm yesterday (Wednesday, 16 March) ordering Russia to immediately suspend military operations in Ukraine. The ruling was a result of a suit filed by Ukraine on Sunday, 27th February, “accusing Russia of manipulating the concept of genocide to justify its military aggression”.

In a tweet published shortly after the ruling, the UN’s Secretary-General, Antonio Guterres, said that the majority decision “fully reinforces my repeated appeals for peace”.

The Kremlin reacted with anger after US President Joe Biden called Putin a “war criminal” for the first time yesterday while answering a question from a journalist. The Kremlin has claimed that it is “unforgivable rhetoric”.

Putin’s war on Ukraine is now in its 22nd day. 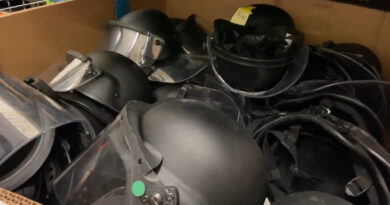 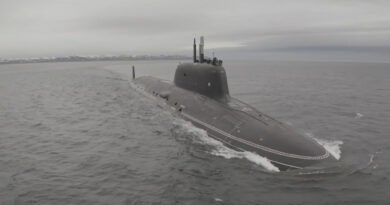 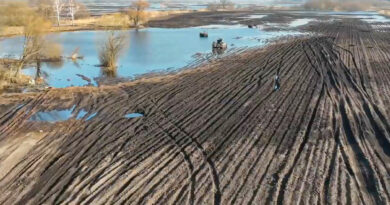