This unsettling footage shows a dead dolphin washed up on a Spanish beach crawling with parasites.

The footage was posted on Facebook by Asociacion Equinac, a marine wildlife rescue organisation in the city of Almeria in the Spanish region of Andalusia on Tuesday, 5th October.

The dolphin had been found by a resident in the town of Cuevas del Almanzora around an hour’s drive away from Almeria on the previous night.

The resident called the emergency services, and workers pulled it from the water using a rope.

A worker from Asociacion Equinac also arrived on the scene to collect data from the carcass before covering it up.

According to the organisation, it was an adult striped dolphin (Stenella coeruleoalba), which is found in temperate and tropical waters of all the world’s oceans.

Asociacion Equinac told Newsflash in an interview: “External and internal parasites on these marine mammals are common, due to a drop in defences and previous pathologies that make the animals swim slower, and these and other parasites can adhere to them.”

Replying to comments on Facebook, the organisation wrote: “This is the first one we’ve seen like this in 20 years. In the end, these marine mammals also get sick and die from diseases like humans.”

Facebook user ‘Ali Ch’ wrote “Pollution of the seas can’t help either, right?”, to which Asociacion Equinac replied: “Of course. That weakens their immune system and gives free rein to bacteria and viruses.”

Asociacion Equinac is the authorised entity entrusted by the Ministry for the Ecological Transition and Demographic Challenge, a department of the Government of Spain. 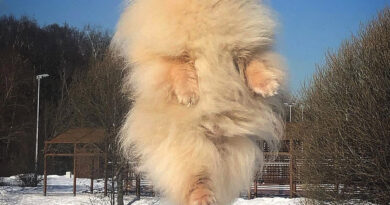 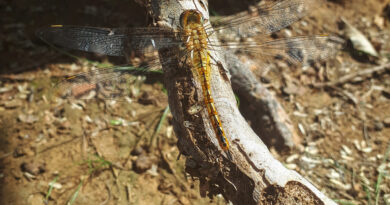 Experts Reveal How Dragonflies Migrate Over 1000 Miles Of Open Ocean 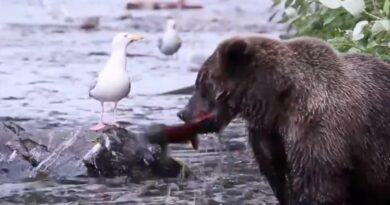