This is the moment a stunned hiker films the magenta-coloured water at a pool near the Dead Sea, sparking concerns that it may have been polluted.

The incident was filmed at a lake so near to the Dead Sea in eastern Jordan that the Dead Sea could even be seen in the background, stretching away into the distance.

According to local media, geologists believe the reddish water colour may have been caused by algae, iron oxide, or dumped chemicals.

To get to the bottom of the mystery, experts at Jordan’s Ministry Of Water And Irrigation have taken water samples at the pond to find out what changed its colour.

Director of the Jordanian Geologists Syndicate, Sakhr Al-Nusour, said the reddish colour was probably caused by one of the three suspected options, algae, iron oxide, or human pollution, and they hope to establish which soon.

Ministry Of Water And Irrigation spokesperson Omar Salama said the small pond is isolated from the Dead Sea and the results of the tests will be released in the next few days.

According to the Society for the Protection of Nature in Israel, the Alexander River turned red last year due to blood being poured into the water from abattoir workers on the West Blank. 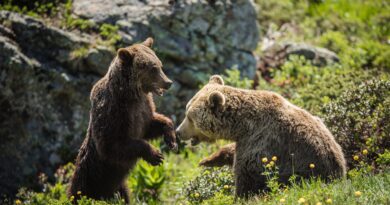 Loneliest Bear Is No Longer Lonely After Getting A Boyfriend 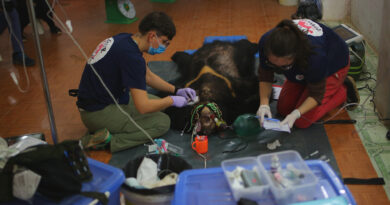