Atlanta firefighters have helped to deliver a baby girl on a plane from Mexico after the mother’s waters broke one hour into the flight.

The birth took place at Hartsfield-Jackson Atlanta International Airport in the city of Atlanta in the US state of Georgia on 14th November.

Firefighter Wanetta Nash said: “When we got to the gate, we noticed that the airplane was coming in exceedingly fast, faster than normal.”

“One of the flight attendants got on the microphone and she was able to say ‘hey we have a baby girl! Everybody started clapping. I mean, the pilots were high-fiving. It was a very special occasion.”

The fire department added: “Mom and baby are healthy and expected to return home to North Carolina today.”

The City of Atlanta Fire Rescue Department shared footage of the mother Liliana Acevedo Castaneda reuniting with the medics who helped deliver her baby girl on the flight from Mexico on 24th November.

In the clip, the mother said she held her contractions for “three hours and 30 minutes”, adding that she “just pushed once and the baby girl came out crying”.

She said the contractions started about an hour into the flight and an onboard nurse escorted her to the back of the plane to provide oxygen.

Atlanta firefighters waited for the plane at the gate and boarded to help Liliana deliver her newborn daughter.

“About an hour into the flight, Liliana’s water broke. A nurse onboard provided care for three and a half hours until the plane landed at Hartsfield-Jackson Atlanta International Airport.

“Delta staff notified 911, and AFRD was dispatched to the airplane’s gate to provide immediate care. Several units were standing by as the plane landed.

“Once aboard the aircraft, responders found Liliana lying on the floor in the very rear of the plane. After an inspection, personnel decided to deliver the baby on Delta Flight 1804.

“After one push, Liliana gave birth to her first child, Analia.”

Little Analia, who was not due until 23rd December, weighed 5lbs and 4oz. 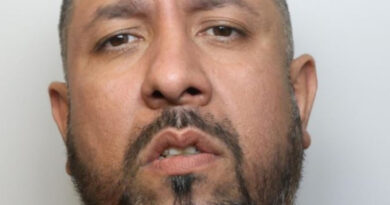 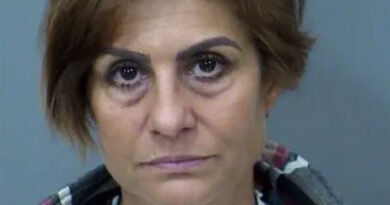 Intoxicated American Woman, 53, Runs Onto Airport Runway In Bid To Stop Her Plane From Leaving