This is the moment armed cops catch a thief in the act as his legs dangle out of the car window he smashed to steal belongings.

The arrest was filmed in the neighbourhood of Asa Norte, in the Brazilian capital Brasilia, on 28th March.

According to the Military Police, officers were patrolling the area when they came across the screams of a woman asking for help.

The car owner explained that she saw a man breaking into her car and the police team caught him with his legs dangling out the back window.

According to local reports, the suspect had tried to carry out the same crime on another parked vehicle at the University of Brasilia around two hours earlier.

However, university security guards grew suspicious of the man’s behaviour and called the police.

Officers quizzed the suspect and let him go because he had not carried out anything illegal at that point.

However, the thief tried to ride his luck hours later and was busted by the cops on this occasion.

“The window of one of the car’s rear doors was broken and the witness screamed for help. She was promptly attended by the Military Police, who were already patrolling the area.

“The suspect has over seven incidents of the same crime in the Military Police’s database.

“In addition to these offences, the detainee has several other occurrences of drug trafficking, various thefts and muggings.”

The police added that the suspect and witness have been interviewed as the investigation continues. 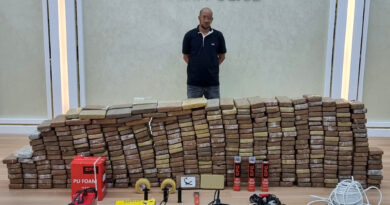 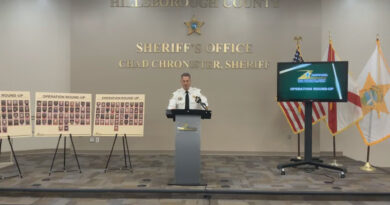 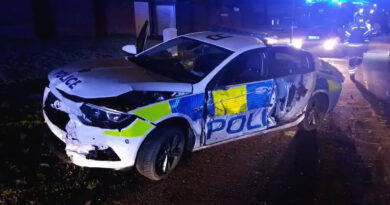