A 10-year survey that studied coral reefs across the globe found that climate change and overfishing have pushed even the most isolated reefs to the brink.

Researchers, who studied over 1,000 reefs, provided a baseline to measure future progress or deterioration as the world tries to make up for the loss of almost 50 percent of all reefs in the past 40 years.

The report found that rapid loss of reef coverage was a product of both manmade factors and natural causes.

Climate change, overfishing, extreme weather, disease and the increasing frequency and severity of coral bleaching are noted as just some of the key drivers behind the rapid decline of reefs.

KSLOF’s Global Reef Expedition aimed to emphasise the need to act now if it hopes to save the reefs upon which not only the planet’s ecosystem depends, but which provide food and income for millions of people around the world.

The study brought together scientists from 16 countries and saw over 15,000 surveys conducted on over 1,000 reefs.

The report highlighted the impact of climate change stating that the reefs cannot be saved without addressing this issue.

Climate change is believed to be a key driver of coral bleaching with events becoming more frequent and severe as water temperatures rise.

According to United Nations Environment Programme, between 2014 and 2016, the longest recorded global bleaching events killed coral on an unprecedented scale.

The average reef is being affected by bleaching every six years while in the 1980s it was between every 25 and 30 years. One of these vents killed an estimated 29 to 50 percent of all corals on the Great Barrier Reef in 2016.

Renee Carlton, a Marine Ecologist at KSLOF, said another major issue facing reefs is overfishing, which disrupts the food chain damaging the reef and impacts coastal communities that depend on fishing to survive.

Carlton said: “Nearly every country we studied showed signs of overfishing, even some of the most remote and well-protected reefs.”

“We know marine protected areas work, in most instances these reefs had some of the best coral cover and reef fish communities, but climate change, storms, and outbreaks of crown-of-thorns starfish can still have deadly consequences to a reef, no matter how remote or well-protected it is.”

The collected data has been shared with the world which KSLOF hopes will encourage local communities and government to take action.

Alexandra Dempsey, the Director of Science Management at KSLOF, said: “Findings from the Global Reef Expedition are already helping countries protect and preserve their reefs and coastal marine resources.

“Marine protected areas, fisheries closures, and traditionally managed areas have been established in The Bahamas, Jamaica, Fiji, and the Cook Islands, using information collected on the Expedition.”

Sam Purkis, KSLOF’s Chief Scientist, said: “The Global Reef Expedition was a monumental achievement. It owes its success to nimble planning and a common vision shared by a broad group of forward-thinking scientists, managers, and educators.

“I have no doubt that the baseline determined by the Global Reef Expedition for the world’s reefs will remain a reference for centuries to come.”

Prince Khaled bin Sultan, the Saudi Arabian prince who funded the study, said he hopes it will encourage humanity to “leave a legacy of ocean conservation, so our children, and our children’s children, can also experience the beauty and wonder of a coral reef.”

The Khaled bin Sultan Living Oceans Foundation is a US-based non-profit environmental organisation that protects and restores the world’s oceans through scientific research, outreach, and education. 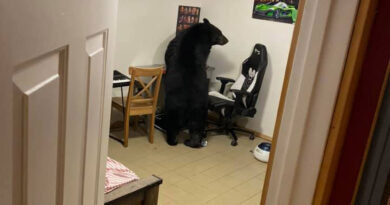 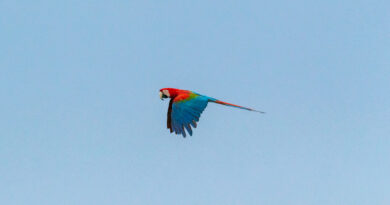