Meet Jessie the puppy, who was born on the frontlines, understands the difference between Russian and Ukrainian bombs by sound, and has become a symbol of the resistance forces.

The State Border Guard Service of Ukraine shared images of Jessie on social media and said the pooch has become a major asset in their ranks after being born on the frontlines a month ago.

The border service said the puppy “walks in uniform” and “recognises the types of shelling by sound”, declaring that “the defender of the new generation has been born!”

The Ukrainian agency said “Jessie is a dog born on the frontlines” and is “only a month old and already recognises the types of shelling by sound”.

The State Border Guard Service said that “the guys came up with a special outfit for her” and that she patrols the border with them to keep an eye out for Russian invaders attempting to destroy their way of life.

They stated: “When the puppy feels in danger, she starts barking and thus warns the defenders of Ukraine”, adding that she “is so attached to the border guards, she dressed up like them and eats and rests” in their company.

The border service told the Ukrainians: “After the war, Jessie will definitely go home with one of the border guards.”

The agency added: “Ukrainians cannot be defeated! Together we are strong. Glory to Ukraine.”

Vladimir Putin invaded Ukraine on 24th February in what the Kremlin is still calling a “special military operation” to “demilitarise and denazify” the sovereign European state.

The invasion has caused millions of people to flee the country in what has been called Europe’s biggest refugee crisis since World War II.

After the ruling, UN Secretary-General Antonio Guterres said that the decision “fully reinforces my repeated appeals for peace”. 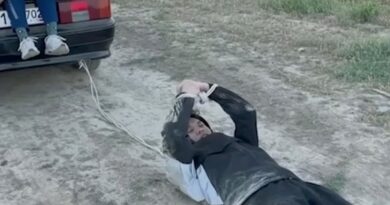 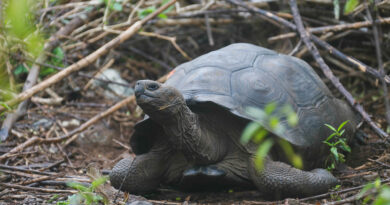 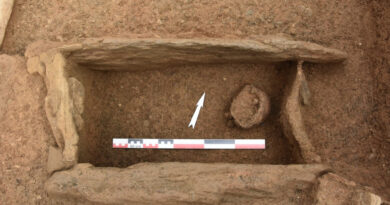