French police have arrested a suspected drug dealer accused of pushing a blonde woman down the steps at a Paris metro station.

The incident caused outrage online and a suspect was later arrested by police at a Roma camp in Osny, a commune in the north-western suburbs of the French capital, in the department of Val d’Oise.

The video of the incident went viral and caused France’s immigration Minister to become involved, urging the victim to come forward and for police to track down the aggressor.

It shows the blonde woman having a row with the man, who was calmly talking on the telephone and apparently having an argument with the woman at the same time.

At one point, she makes a lunge at his head but then decides to leave, and as she turns her back on him, he gives her a huge shove that sends her flying forward down the steps.

She narrowly manages to avoid serious injury by grabbing onto the rail at the side of the steps, but still bangs her head as she plunges forward and down the steps to the bottom where she is then helped by another woman.

The incident happened in front of many people at the Porte de la Chapelle metro station, in the 18th arrondissement of the French capital, with none of them attempting to stop the man on the telephone as he then walks away, still on the telephone.

The French Minister for Immigration, Citizenship, Migrant Services and Multicultural Affairs, Marlene Schiappa, made a statement on Twitter along with the video and explained that she stands with the victim, and wants the person who pushed the woman to be found and identified.

The victim then came forward and police were able to investigate, identify and then arrest a suspect.

The videos also prompted a fresh anti–immigration debate because of the apparent origins of the attacker, even though his identity had not been revealed by the authorities at the time of writing.

The criticism has been spread by the hashtag ‘#LaRacailleTue’ which means “the riff-raff kill”. Far-right politician for the Rassemblement National, Nathalie Germain, tweeted the video along with the hashtag and the caption: “Meanwhile, the scum continues its gratuitous violence against women and the French in the middle of Paris!”

In response to the Immigration Minister’s complaint, French cops confirmed that they had opened an investigation and asked for the victim to come forward and file a complaint. A suspect was later arrested at the roma camp, according to French newspaper Le Parisien.

According to French news channel BFMTV, quoting the person who filmed the incident, the woman was under the influence of narcotics, and according to news channel LCI, the man was allegedly her drug dealer.

The row comes amid heightened tensions over the immigration issue following reports of a woman who was raped by several men who the victim said appeared to be immigrants in the 8th arrondissement of Paris on 10th April after having had her cell phone stolen. 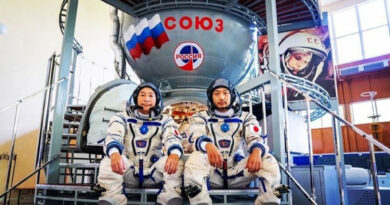 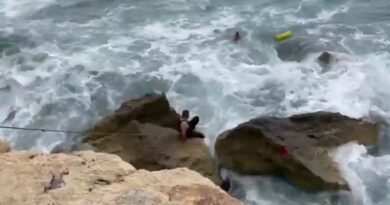 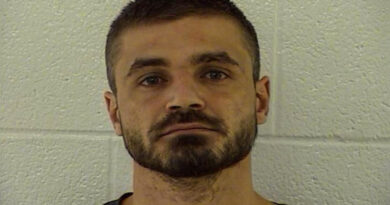