A Texas woman has been arrested for shooting her ex-partner when she brought their child back in the company of his new girlfriend.

The shooting took place on Beldart Street in the city of Houston in the US state of Texas at around 9.50 pm on 10th April.

Keshante Shamirra Harris, 27, is accused of shooting her ex-partner Aaron Konte Williams, 29, when he brought back one of their children after a weekend visit while in the company of his current girlfriend.

Apparently angered at seeing Williams with his new love, Harris fired at him several times and struck him in the arm and leg.

Neither the child nor Williams’ girlfriend was injured in the incident, and the victim was hospitalised with non-life-threatening wounds.

City of Houston said in a statement on 12th April: “Charges have been filed against a suspect arrested in the shooting of a man at 5870 Beldart Street about 9:50 p.m. on Sunday (April 10).

“The suspect, Keshante Shamirra Harris, 27, is charged with aggravated robbery with a deadly weapon and deadly conduct – discharging a firearm in the 185th State District Court.

“She is accused in the shooting of Aaron Konte Williams, 29.”

Houston Police shared a mugshot of the suspect on social media on 12th April with the message: “ARRESTED: Booking photo of Keshante Shamirra Harris, 27, now charged with aggravated robbery and deadly conduct in the shooting of a man at 5870 Beldart St on Sunday (April 10).”

Detective D. King of the Houston Police Department’s Major Assaults & Family Violence Division said: “Mr. Williams and suspect Harris were in a prior dating relationship and have two children together.

“Williams was bringing one of the children back from a weekend visit and had his current girlfriend in the vehicle with him. Harris was upset Williams’ girlfriend was present at the time of the exchange and shot at Williams several times. Williams was struck in the arm and leg.

“Williams was transported by Houston Fire Department paramedics to an area hospital for non-life-threatening gunshot wounds. Neither the girlfriend nor the child were injured.”

The police said Harris returned to the scene and was positively identified. She was arrested and charged for her role in the shooting.

For a period in January, the city of Houston was at the top among the nation’s five largest cities for the most homicides in 2022.

And last month Houston Mayor Sylvester Turner and Houston Police Chief Troy Finner announced the focus for this year’s “March On Crime” initiative in a citywide crime prevention campaign used to educate and inform the public about crime trends.

This year the March on Crime project tackled road rage, domestic violence, homicides, shootings, theft of firearms from vehicles, and other crime issues that affect the community for the program’s 38th year.

Turner said: “This is a can-do city. We are resilient, and we will get through this together. I know there is not a better police force anywhere than the one that is right here in the City of Houston.” 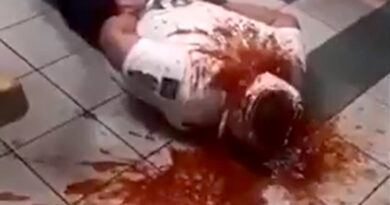 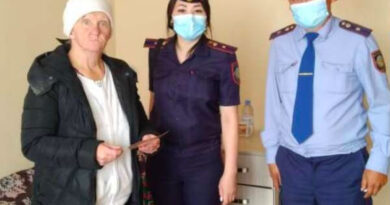 Man Finds Homeless Mum Who Abandoned Him 35 Years Ago, Forgives Her And Takes Her Off Streets