A motorcyclist was sent flying through the air after a bizarre accident where her wheel hit a loose cobblestone.

CCTV footage of the baffling smash shows the luckless rider clipping a raised cobble and being sent soaring over the handlebars in rural Brazil.

As the pink bike hits the stone it starts to somersault forwards while the rider – in a pink hoody – follows it in Rua Dez de Junho, Rio de Janeiro state.

Local store owner Itamar Hottz Ferreira, 57, was one of the first to provide assistance to the young woman rider.

He said he had been with his two daughters when he heard the sound of the crash and saw the bike flying through the air.

He said: “I ran out of the store and I didn’t see the woman originally because she’d been thrown some 10-foot away.

“I found her lying on the floor.

” I asked if she was in pain, and she said no, she was just dizzy.

“She got up, and I managed to get a chair for her until the ambulance arrived.

“She was, fortunately, wearing a helmet.”

Local media report she is recovering from minor injuries. 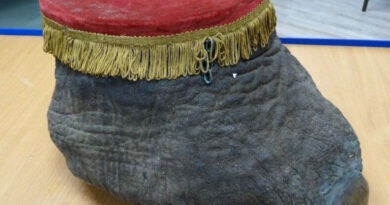 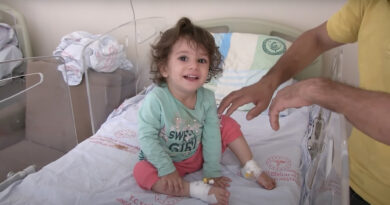 HISSY FIT: Two-Year-Old Bit Back When Snake Sank Its Fangs Into Her