This is the moment Maryland firefighters remove bricks from a fireplace after a burglar tried to climb down the chimney and got stuck.

The unusual attempted burglary took place at a home in Silver Springs in Montgomery County located in the US state of Maryland at around 5.30 am on 8th January.

Officers were called to the scene following reports of a suspected burglar trapped in the property’s chimney.

Montgomery County Police Department spokesperson Shiera Goff told local media that the man was attempting to rob the house when he became trapped.

Montgomery County Fire & Rescue Service spokesperson Pete Piringer said on social media on Saturday that a fire crew was sent to the house to help the police remove “a man stuck in chimney” just before 6am, confirming that the suspect was “not authorized to be there”.

Piringer added that “rescue crews methodically removed the wall and bricks from around the chimney”, and that he was “transported to trauma center” afterwards.

Piringer shared images of firefighters removing bricks from above the fireplace to get to the trapped suspect’s location in the chimney.

The alleged burglar was subsequently sent to the hospital for unspecified non-threatening injuries.

The suspect has not been named and it is unclear if he has been charged by the authorities for attempted burglary yet. 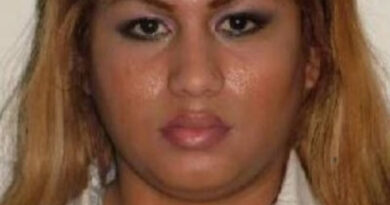