Mexico has recovered more than 400 archaeological treasures dating back hundreds of years after they were seized in the US.

The 428 artefacts include arrowheads, spear tips and knives plus tools and hide scrapers dating back to between 900 AD and 1600 AD. They have also recovered fossils of a 60 million-year-old marine oyster.

The treasures were handed to Mexico’s consulate in Portland, Oregon, by the US Customs and Border Protection Office.

Mexico’s Instituto Nacional de Antropología e Historia (National Institute of Anthropology and History; INAH) said in a statement on Tuesday, 2nd August and obtained by Newsflash, that “the INAH received a lot of pieces from desert cultures, such as projectile points, flint knives, shell and bone artefacts, marine fossils and organic elements.

“They were seized by the United States Customs and Border Protection Office and delivered to the Mexican Consulate in Portland.”

The INAH also said: “During the act of formalisation of the delivery, held at the headquarters of the Ministry of Foreign Affairs, the efforts made by the US government were highlighted, whose Customs and Border Protection Office seized the lot of objects belonging to ancient cultures settled in the north of Mexico and delivered them to the Mexican Consulate in Portland, Oregon.”

The deputy director of the Registry of Movable Archaeological Monuments of the INAH, Jaime Alejandro Bautista Valdespino, who oversee the handover, said that, according to preliminary information, the items, transferred to Mexico via diplomatic pouch, date back “to the Late Postclassic period (900-
1600 AD) and are associated with human groups from the desert cultures, which settled in the
territories now occupied by the entities of northern Mexico and the southern United States.”

The items included arrow tips, scrapers made of shells and bone, and knives. The artefacts that were handed over also included various marine fossils from the Exogyra genus – an extinct genus of fossil marine oysters.

The Exogyra date back some 60 million years, to the Cretaceous period, the INAH said.

Archaeologist Alejandro Bautista said that each of the 428 pieces “will be protected by the INAH and
registered in the Public Registry of Archaeological and Historical Monuments and Zones of the institution, with the possibility that they may become part of exhibitions in museums.”

He stressed the importance of maintaining collaborative ties with foreign governments in order to promote a culture of restitution of cultural heritage items and called on people to avoid looting national heritage sites and to refrain from engaging in illegal trafficking. 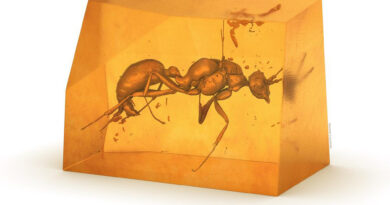 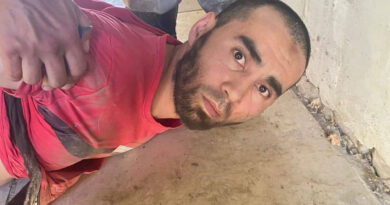 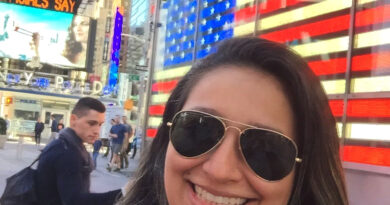