A suspected drug smuggler has been caught red-handed by Dubai cops using a cutting tool to break into a secret compartment containing over GBP 100 million worth of cocaine.

The Dubai police shared the footage of the bust on social media showing the elaborate route the crook took to make sure he was not being followed, apparently unaware that there was a drone observing his route from above.

Unveiling footage from the arrest, the cops said that they would “strike with an iron fist” against anyone who attempted to threaten the security of the United Arab Emirates (UAE) by such activities as drug smuggling.

They codenamed their operation, which local media reported is the region’s largest ever drug seizure, ‘Scorpion’ and arrested the Middle Eastern man who they have not named but who they said had been working as a middleman for the international crime organisation in the UAE.

Eid Mohammed Thani Hareb, head of the Anti-Narcotics Department of the Dubai Police Force, told local media outlet Khaleej Times that the suspect had been placed under tight police surveillance after they received information about an attempt to move a large amount of drugs through the emirate.

He said: “An investigating team was immediately formed to verify the security tip. It monitored the suspect’s movements until he received the expected narcotics shipment.

“Once the shipment arrived, the suspect transported the illegal drugs to another emirate and stored them in a warehouse to promote and sell the drugs.”

Colonel Khalid bin Muwaiza, deputy director of the Anti-Narcotics Department, explained that the man was recorded by police officers after he rented a vehicle that he drove to a warehouse after landing at the airport in Dubai.

The officer added that the suspect had purchased an angle grinder so that he could cut into a shipping container in the warehouse and remove the drugs, which local media said were worth AED 500 million (GBP 100 million).

He added: “At the zero hour, our officers raided the warehouse, caught the man red-handed and seized the narcotics.”

The suspect reportedly already has a criminal record in the Emirates and has been detained pending charges.

The international crime organisation was not named by the police and it is currently unclear if this operation is the final stage in their investigation or if they are planning further busts.

It is believed that the suspect faces the death penalty.

Drug smuggling in Dubai can earn criminals a life sentence in prison or the death penalty if a defendant is convicted for a second offence. 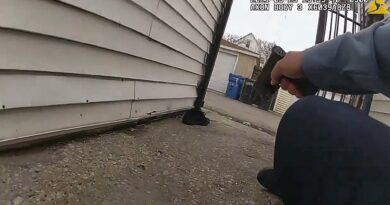 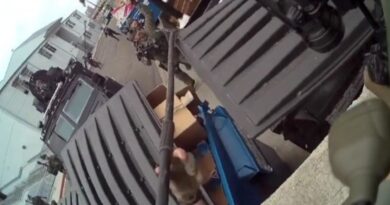