A two-year-old boy was plucked from the sea by harbour police after his family’s dinghy sank during a terrifying boating trip.

Neither the tot – wearing just pyjamas – nor two adult men rescued with him had lifejackets as their boat sank off the Seattle coast in Washington state, USA.

In a nail-biting rescue – recorded on Seattle Police Department bodycams – the dinghy was sinking fast as it was blow away from the coast and battered by high winds and powerful waves on 18th May.

Officers – using local knowledge of tides and weather – headed to floating bridge 1-90 where below them the dinghy was frantically being bailed out by the two men.

As the boat sunk, officers realised they had just seconds to rescue the occupants now struggling to stay afloat in the choppy seas without life jackets.

A police harbour launch was filmed pulling the terrified two-year-old to safety and then hauling one man from the sea, believed to be a local yachtsman who’d come to help.

One of the dinghy adults was rescued by the launch while the other was hauled onto the bridge by patrol car officers.

A Seattle Police Department official said: “All victims received medical treatment for exposure. No one was hospitalised.” 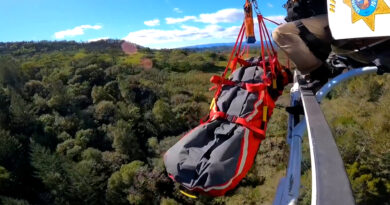 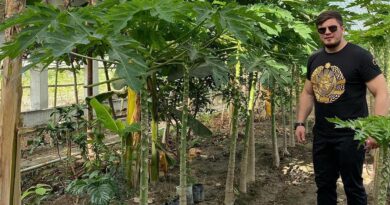