Tributes have poured in for the beautiful Brazilian sniper killed when a Russian bomb turned her makeshift bunker in Ukraine into an inferno.

The death of former model Thalita do Valle was confirmed by her family on 5th July.

The 39-year-old model-turned-sniper died when Russian forces bombed the battalion she was with in the city of Kharkiv last week.

According to Theo, the bunker where Thalita was hiding caught fire when it was bombed by Russian forces and she died of asphyxiation.

Her friend fellow Brazilian Douglas Burigo, 40, also died while trying to save her.

Theo told local media: “We were notified of everything that happened. There were successive attacks and the battalion was divided.

“Thalita went to the bunker and there was already a fire in the bunker closed while she was inside.

“Her friend [Douglas] returned to save her in an interval between the fallings bombs and ended up dead.

“She died of asphyxiation, she wasn’t hit by shrapnel.”

Theo told local media: “Thalita has always been involved in humanitarian missions with the foreign legion of some country or here in Brazil.”

Local media reported that she had also been involved in several animal protection initiatives in Brazil.

Additionally, she volunteered as a rescue worker following the dam disasters in Mariana in 2015 and in Brumadinho in 2019.

Tributes have been pouring in since her untimely death and close friend and mayor of Jaguariuna in Sao Paulo State, Gustavo Reis, spoke of his “deep admiration” for her.

Reis, who met the former model at an animal rights event in 2014, said: “I had a special affection for, she was a dear friend who only did good, and I had a deep admiration for everything I experienced with her over the years.”

“Thalita dedicated her life to helping others. People with a good soul like her are needed, wanting to fight for peace, animal welfare, humanitarian causes.”

Fernando Salomao, the owner of an animal shelter in Braganca Paulista, said he was “shocked” to learn of Thalita’s death, adding that she travelled over 300 kilometres just to visit his centre in 2017.

Her brother Theo said: “My sister was always peaceful, a genuine progressive. Guns are part of a context, war, but she saved lives, she saved animals.

“During her studies, she became interested in animal protection and continued to offer her help.

“I saw her when she was going to Iraq. She never warned us about her incursions, I think to avoid causing problems at home.”

Thalita was from Ribeirao Preto but lived in Sao Paulo for more than 30 years before she travelled to Ukraine just three weeks before she died.

Earlier reports stated that Thalita had trained as a sniper with the Peshmerga in Iraq and had fought the Islamic State (ISIS) on the front line.

She was reportedly studying law and had also worked as a photographic model when she was 18.

Her family is in contact with the Ukrainian authorities over sending her body back to Brazil. 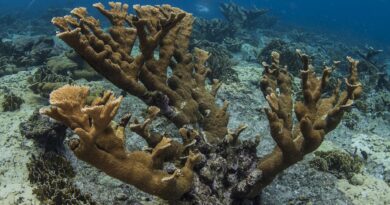 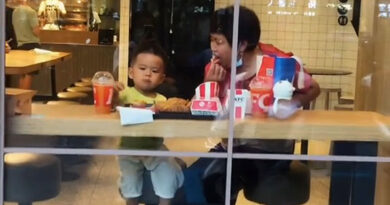 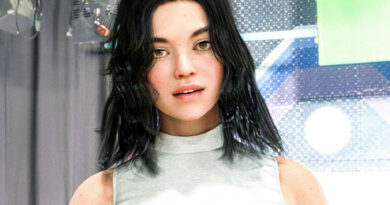 Robot Actress Excited At Signing Contract To Star In A Movie