A two-toed sloth that is the oldest ever recorded has celebrated its official 51 birthday today at the Krefeld Zoo in Germany.

The male Linnaeus’s two-toed sloth (Choloepus didactyls) named Jan has lived in the Krefeld Zoo in Germany since 30th April 1986 which is the day he officially celebrates his birthday each year.

But Jan was already estimated to have been around six months old when he was found in the south American wilderness on 1st May 1970 meaning he is probably even older than his official 51 years.

As it was not possible to know exactly when he was born however, his official birthday was then set for 30th April 1970.

However regarding his actual date of birth zoo spokeswoman Petra Schwinn confirmed: “Nobody really knows.”

The 51-year-old sloth was initially purchased by the Hagenbeck Zoo in the city of Hamburg before he arrived on 9th December 1970.

He lived there for over 15 years, but was transferred to the Krefeld Zoo in 1986 where he still resides.

Jas received his own Guinness Book of Records entry for being the oldest two-toed sloth in captivity and at least 50 years and 225 days old as of 12th December 2020.

According to spokesperson Petra, the official Guinness photoshoot took several weeks because Jan refused to show up, and instead waited until dark to come out.

She said: “Cameras and people make him shy. He’s active at night.”

The zoo reported on social media that he has become a father 19 times since he moved in with them.

According to Schwinn Jan mostly enjoys leaves, vegetables and fruit, while “grapes are high in his popularity stakes.”

She also added that since Jan is more of a loner rather than a “party animal” the zoo is not planning anything particular for his birthday.

Jan shares his enclosure in the rainforest hall at Krefeld Zoo with a female sloth called Lulu which is supposedly a Hoffmann’s two-toed sloth (Choloepus hoffmanni) who is believed to be the oldest living female sloth in captivity.

She arrived at Krefeld Zoo on 15th April 1974 from Lincoln Park Zoo in the city of Chicago in the US state of Illinois and was estimated to have been born in 1973.

According to the spokeswoman, an ongoing gene analysis should determine in a time period of several weeks whether Lulu and Jan are from the same sloth species. 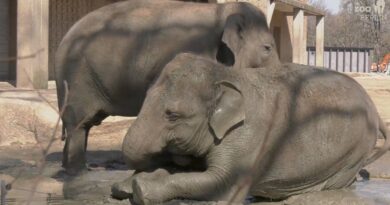 Lady Elephants Enjoying A Spa Treatment By Rolling Around In Mud 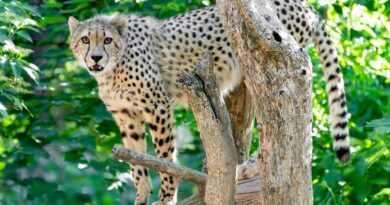 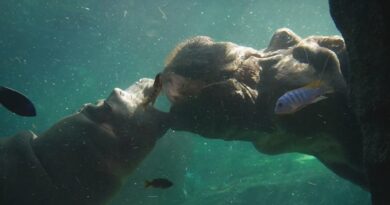