This is the moment the groom’s ‘best men group’ eat dinner with huge chopsticks as part of a fun Chinese tradition.

The video was filmed near the city of Kunming in the southern Chinese region of Yunnan and features a group of Sani people – a branch of the Yi people who speak the Sani language, a dialect of the Yi language.

The group was taking part in a ‘naohun’ wedding game. Naohun, which means ‘causing a disturbance at a wedding’, involves making the bride or groom take part in embarrassing tasks. The tradition stems back to the beginning of the Han Dynasty in the 2nd century BC.

In the video, the groom and his group of best men are tasked with eating their dinner with extremely long chopsticks.

A version of the ‘long spoons allegory’ is also observed in China where people have to eat a bowl of rice with long chopsticks.

The allegory of the long spoons is a parable that shows the difference between Heaven and Hell by forcing the inhabitants to eat with long spoons.

In Heaven and Hell, people are given food and cumbersome utensils that are too unwieldy to use. In Hell, people are unable to cooperate and end up starving while in Heaven diners feed each other across the table and are saved.

The parable encourages people to be kind to each other and features in numerous cultures around the world, including in Judaism and Buddhism as well as in China. 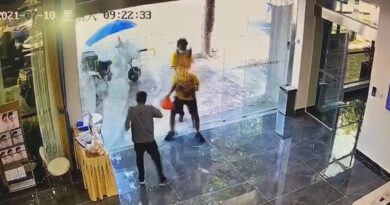 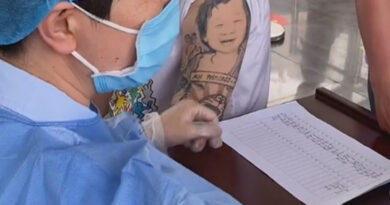 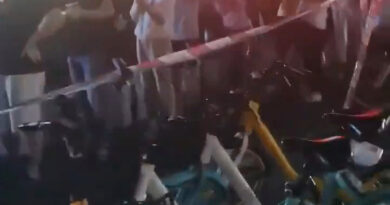