Border officials have detained four Guatemalan migrants in a makeshift compartment in a lorry trailer at a border point in southern Mexico.

The migrants were found at the La Venta control post in the southern Mexican state of Tabasco.

A statement on the Mexican government’s website on 20th March said the four migrants were found under a lorry trailer platform and one of them was a minor who has since been placed in the care of the National System for Integral Family Development (DIF).

The authorities said: “The driver, a companion, and the vehicle were referred to the FGR (Attorney General’s Office) to determine their legal status.

“One of them, a minor, remained under the guardianship of the DIF in the state of Tabasco.

“Agents of the National Institute of Migration (INM) of the Ministry of the Interior rescued four people of Guatemalan origin in an irregular migratory situation, travelling in an improvised double bottom on the platform of a semi-trailer, which put their lives at serious risk due to the unsafe conditions in which they were being transported.”

The authorities said that border officials “realised there were some boards on the metal structure in the lower part, which gave the floor a double bottom.

The statement continued: “Inside, and at risk of falling at any point due to a bump in the road and the speed of the vehicle, were two men, a woman, and an unaccompanied minor, all from Guatemala.

“The adolescent remains under the guardianship of the National System for Integral Family Development in the state, while the adults were transferred to the INM facilities to resolve their administrative immigration procedure and, where appropriate, carry out the assisted return or recognise their international protections.

“The driver, a companion, and the vehicle were sent to the headquarters of the Attorney General’s Office of the Republic (FGR) to determine their legal status.”

The authorities did not mention if the migrants were intending to reach the USA. 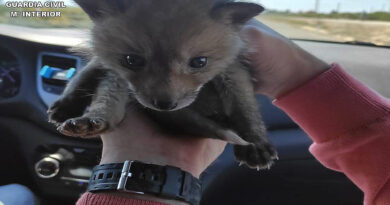 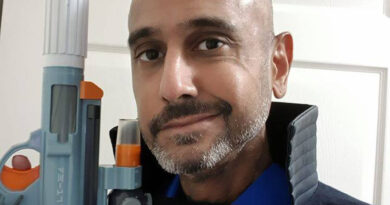 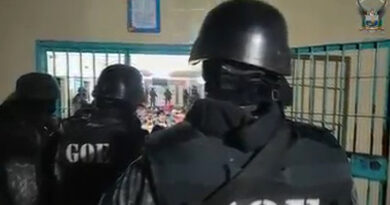