This is the viral moment dozens of New York cops appear from nowhere like in a video game and swarm a cuffed suspect after he escapes from a patrol car, sparking heated debate on social media.

Several videos of the incident were shared on TikTok by ‘Jeremy Veras’, with three going viral, notching up over a million views.

The footage of the arrest, which took place in an unspecified area of New York, shows a suspect, apparently zip-tied at the wrists, escaping through the window of a patrol car and attempting to flee.

He runs along the pavement before being stopped by a large group of police officers who suddenly appear from nowhere to form a scrum around him.

The reasons for the man’s arrest are unclear. However, the viral footage sparked debate on TikTok, with many netizens calling the police’s actions “disproportionate” and that the “whole precinct” apparently showed up to detain one man.

One TikTok user joked that the cops “spawned like NPCs” (non-player characters) like in a video game, while another asked: “How many police officers does it take to take down one man?”

One comment, which garnered 2,000 ‘likes’, said: “The cops are so afraid of getting into trouble now that they’re letting situations escalate to the point where they’re endangering themselves.”

The New York Police Department has so far declined to comment after the footage went viral.

Officer Helps A Turtle Off The Scorching Road 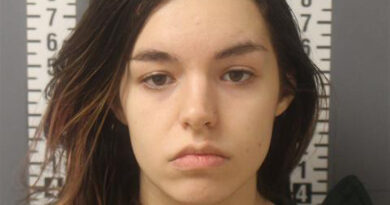 Pennsylvania Mother Punched And Strangled Daughter, 3, Because She Wanted Her To Know What It Felt Like 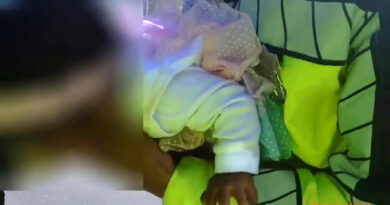