An under-fire TikToker has gone viral with a post asking why feminists are not complaining that it is sexist that men are staying to defend the Ukraine while women are allowed to leave the country.

CJ Green, who had only 11,000 followers on his TikTok page ‘Not Political Speaking’, went viral over the weekend when he posted a clip of him apparently using the Russo-Ukrainian War to bash feminists.

In the video, viewed 2.2 million times, Green said: “Once agian All the Men in Ukraine have to stay and fight. To protect the children, elderly and Women leaving the country [sic].

“Where are all the Feminist at to say this is Unfair? It’s been really quiet lately [sic].”

The viral post sparked an online backlash and many netizens pointed out that many brave Ukrainian women are defending their country right now, and were allowed to enlist in combat roles in 2018 while the government opened its draft for able-bodied women aged 18 to 60 to sign up in December.

In response, the TikToker referenced a Wall Street Journal article that said 32,000 women had enlisted in the Ukrainian Armed Forces, adding that it is a “small percentage” of able-bodied Ukrainian women.

Around 15 percent of the Ukrainian military is reportedly made up of women.

Green told Newsflash: “The comments don’t bother me but are pretty sad. Rather than people thinking about what I said and see how this would be a great opportunity to gather more forces and to encourage more women to help fight, they only attack your image. Emotion and irrational.”

The TikToker, who lives in the US state of Wisconsin and “studies political science and economics in college”, said: “Men and women have different standards and requirements, not just from a biblical standpoint, but also DNA. The more that society pushes to make men and women equal, the easier it is to undermine our important roles as men and women.

“Equality is easy to have, but equality of outcome is never guaranteed. That is something most people do not understand to see.

“I don’t want women to go to war. I find it ironic that men who didn’t sign up are forced to stay and fight. This points out that when tough times arise, women are always the first to be protected.

“Why not men? That’s not equality and that’s something feminists always strive for.

“If we want a world where we are equal, everybody should be drafted from ages 18- 60, according to a feminist standpoint. Which I stated in my video, where are the feminist to say this is unfair?”

Green told Newsflash: “Feminism was important during the First Wave to have equality in the early 20th century. Women in the western world are now the most privileged women in the world. It’s not feminism anymore, it’s very extreme and devoid of its standards and real purpose.” 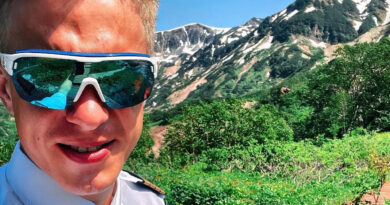 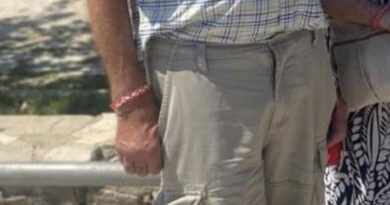 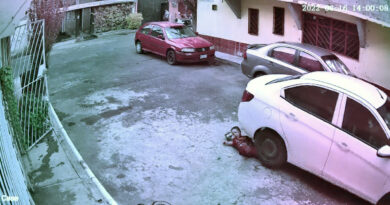 IRON BOY: Toddler Boy Survives After Being Run Over Twice By Car That Parked On His Head